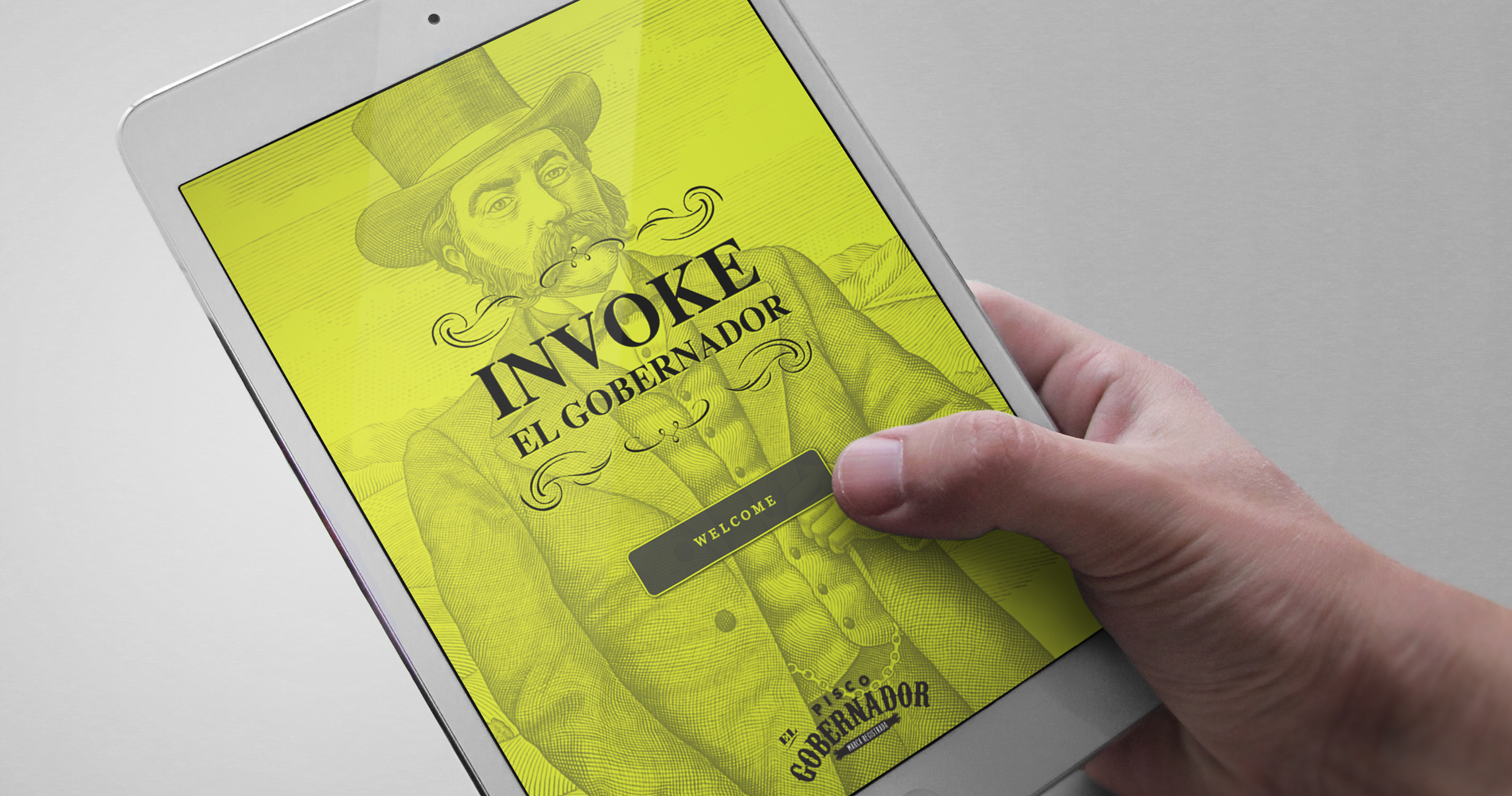 Those familiar with Chile and Peru might know about pisco, but the reality is that most of the world has never heard of it. Miguel Torres, creators of the premium pisco El Gobernador, wanted to change this reality, particularly in light of the ever-growing cocktail culture in the U.S. It needed an attention-grabbing bar activation that would leave consumers forever associating pisco with El Gobernador.

Named after Felipe Margutt Donaire, the first governor of Ovalle, Chile, El Gobernador pisco is a tribute to his tenacious, free-spirited style. The concept that we wanted to explore would require consumers to call upon Donaire’s spirit, choose El Gobernador and feel free.

Knowing that this project was going to be heavily influenced by the world of cocktails, we worked closely with pisco expert Felipe Avendaño to explore the craft behind mixology and understand the preparation of El Gobernador in particular. Just as Hendrix gin claims the cucumber, or Gin Mare claims the rosemary, we discovered that El Gobernador had the power to lay claim to the lemongrass.

We designed an app that would form part of a simple bar activation that could be set up in minimal time in any bar. Consumers were given a handful of lemongrass which they could then use to participate in a game, placing an El Gobernador glass in front of the app in the hope of finding the “El Gobernador Spirit”. The winning glasses would make a white spirit appear in the app. Losing glasses would generate a black spirit. Prizes were either a free cocktail prepared by the El Gobernador barman, or a cocktail kit to take home.

Cocktail consumers in the USA.

El Gobernador pisco is a tribute to his tenacious, free-spirited style

We’re waiting to cultivate your story.